Houston (October 17, 2019) – Robert A. Heinlein’s continuing influence on space activities and education will be celebrated at the 70th annual International Astronautical Congress (IAC) next week in Washington, D.C. Throughout the week, the HPT will host special guests including NASA astronauts, authors, subject matter experts, representatives from HPT partner programs and international officials.
The Heinlein Prize Trust (HPT), a non-profit organization that honors the memory of Heinlein and reflects his vision and spirit for expanding human space exploration, is a silver sponsor of the IAC.  HPT’s participation includes an exhibit showcasing Heinlein’s works, memorabilia, education programs, and partner projects from around the globe. Four-time shuttle astronaut Dr. Don Thomas will be in HPT’s booth #295 during the IAC demonstrating flown space suits and explaining the trust’s educational programs.
One of the most prolific, award-winning American writers, Heinlein’s works are available in 128 countries in more than 30 languages. The Virginia Edition, a 2,000-set limited edition of all of Heinlein’s works in a 46-volume leather-bound set, is one of the most important publishing events in modern U.S. history. The books will be on display at IAC and are available for a limited time only; click here for additional information.
IAC participants will be able to see, first-hand, Heinlein’s impact on space and the variety of programs and partnerships that encourage and reward progress in commercial space activities that advance Robert and his wife Virginia’s dream of humanity’s future in space.

These include:
On Sunday evening, one of HPT’s trustees, Art Dula, will be awarded the Social Sciences Award by the International Academy of Astronautics.
HPT and Phoenix Pick, an imprint of the Arc Manor publishing company, also announced a soon-to-be-published new novel by Heinlein, The new novel, The Pursuit of the Pantera, is based on a recently found Heinlein’s manuscript.

ABOUT HPT
The Heinlein Prize® honors the memory of Robert A. Heinlein™, a renowned American author. The purpose of the Heinlein Prize® is to encourage and reward progress in commercial space activities that advances Robert and his wife Virginia’s dream of humanity’s future in space. More information is available on HPT’s website. Follow HPT on Facebook, Twitter, and Instagram.

Seattle - The Heinlein Prize Trust announced today that it is awarding its prestigious Heinlein Prize to Jeff Bezos, founder of Blue Origin, for his vision and leadership in commercial space activities that have led to historic firsts and reusability in the commercial spaceflight industry.
​
The Heinlein Prize honors the memory of Robert A. Heinlein®, a renowned American author. The purpose of the Heinlein Prize is to encourage and reward progress in commercial space activities that advances Robert and his wife Virginia’s dream of humanity’s future in space. In addition to the award, recipients receive a Lady Vivamus sword from Robert Heinlein’s novel, Glory Road.
​
Under Bezos’ leadership, Blue Origin developed a number of technology firsts that are driving U.S. space competitiveness. The reusable BE-3, a liquid hydrogen and liquid oxygen engine, is now being used in Blue Origin’s New Shepard spacecraft. New Shepard is the first rocket ever to fly above the Karman line into space and then land vertically upon the Earth. Furthermore, it has done so multiple times with the same rocket hardware – not even removing the engine between flights. In late 2014, Blue Origin reached a commercial agreement with a private launch company to develop the BE-4 engine which could be used to power the next generation of U.S. launch vehicles.
​
“Under Jeff’s visionary leadership, Blue Origin has developed launch vehicles and a commercially-financed line of engines that pave the way to reusability in space transportation,” said Art Dula, Trustee of the Heinlein Prize Trust. “As a recipient of the Heinlein Prize, we recognize Jeff and the efforts of the Blue Origin team in its development of technologies that could revolutionize the industry and provide commercially-available launch capabilities to a variety of customers.”
​
“Robert Heinlein inspired millions with his visionary—and incredibly entertaining—stories, and it’s an honor for all of us at Blue Origin to receive this award,” said Jeff Bezos, founder of Blue Origin. “Heinlein foresaw a thriving future with humans throughout the solar system. We won’t stop working to make that vision come true.”

Bezos is the third recipient of the Heinlein Prize. The first award was to Dr. Peter Diamandis in 2006 for the Ansari XPRIZE and SpaceShipOne, the first manned commercial vehicle to fly to space. The second prize was awarded to SpaceX CEO Elon Musk in 2011 for the Falcon 1, the first privately-developed launch vehicle to orbit the Earth.
​
Announcement of the award was made today at the NewSpace conference in Seattle. This event attracts space industry leaders, startups, policymakers, the investment community and technology innovators. The Heinlein Prize is a sponsor of NewSpace, where it is exhibiting the Have Space Suit – Will Travel educational program that includes the spacesuit worn by former astronaut and current NASA Administrator, Charles Bolden.
​
The Heinlein Prize will be awarded to Bezos in a ceremony in Washington, DC on September 14, 2016. For more information, visit the Heinlein Prize website.
​
Read more articles on this topic at HPT News 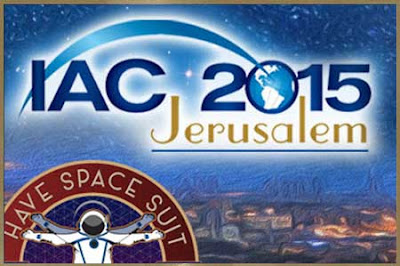 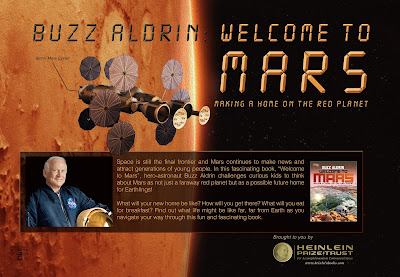 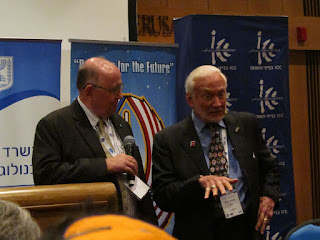 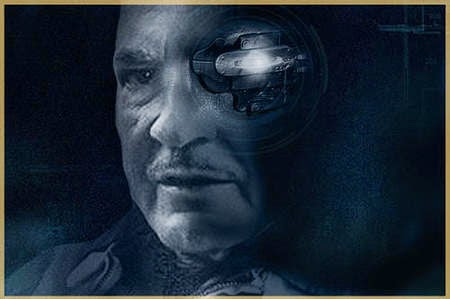